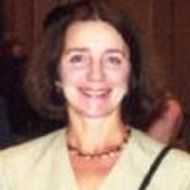 Staff members teach two foreign languages both to the students of the World Economics and World Politics Department. Professors help students to achieve a level of languagefluency which allows alumni to pursue their career and become more competitive in the job market.

The staff combines creative and scientific activities in the fields of linguistics and methods of language teaching.The results of this work are reflected in the publications of textbooks and manuals in Russian and foreign editions, as well as participation in research symposia and conferences.