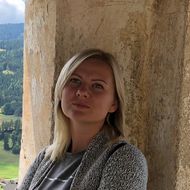 How to write a research article in English: Theory and practice

Book chapter
Oneself as Character: Emplotment, Memory and Metaphor in Ricoeur, Bakhtin and Nabokov’s "The Gift"

Evgeniya Uspenskaya, Candidate of Sciences (PhD) in Pedagogy and Professor at the School of Foreign Languages, told us how students study German at HSE University 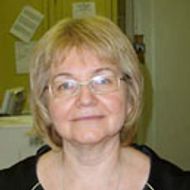 — When did HSE University students first get the opportunity to learn German?

— In 2000. Back then there was a German section at the HSE Faculty of Economic Studies. Based on that section, an independent department of German language was established in 2003.

— What are the main tasks of German language teachers?
— There are a number of tasks, such as teaching German as a second foreign language and bringing students' language competence in line with European standards; enhancing the cultural awareness of students by teaching them about the history and culture of certain countries; preparing students for studying within international HSE programmes; making sure that their level of German language proficiency meets the requirements stated in the curriculum; maintaining a differentiated approach to teaching students whose initial language proficiency may differ.

— What is the main feature of learning German here at the SFL?
— The process of learning a foreign language on the FLaIC bachelor’s programmeis designed with the intention of providing students with a B2 level of language proficiency by the end of the finalacademic year. In conjunction with theGoethe-​Institut, our students take an exam and receive an international certificate of language proficiency that allows them to pursue a master’s degree in Germany.

— How do you keep students motivated to learn German?
— Firstly, by choosing authentic materials, working with modern German textbooks, and using additional German language resources. Secondly, by inviting our German colleagues to take part in the classes. Thirdly, by organizing numerous additional events in German. Most of the events are held in our club “gut geD-A-Cht”, which has been running for more than 7 years.

— Does German help our students to advance in the research field?
— Definitely. Once again, there are multiple directions. First of all, by the 3rd academic year students have a B1 level of language proficiency, and they use it during research seminars. They conduct short research projects and present the results both in oral and written forms. For example, they make presentations and write a so-called “Exposé” that covers the theoretical and practical parts of the research. Moreover, students have the opportunity to participate in a German language conference “Welt and Wissenschaft” and publish their article.

— Is there an opportunity to study German in addition to a differentqualification or other foreign languages?
— Of course there is such an opportunity.The HSE Centre for Language and Methodology Training allows everyone to choose a programme that best suits their level and goals and to receive a certificate of German language proficiency.

— We wish you and your colleagues success in your work and in new projects dedicated to the German language.
—Thank you. We will continue working in this direction.
May 17, 2021
Keywords
German German as the second foreign language
About
School of Foreign Languages